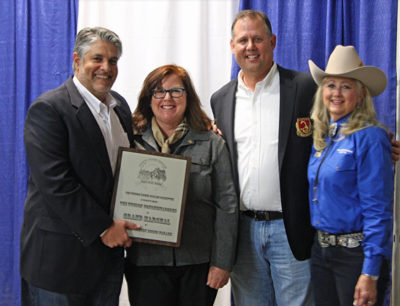 Tucson Arizona. (Jan. 18, 2018) In 1962, John Glenn became the first American to orbit the earth and Wilt Chamberlain scored 100 points in a single basketball game. That same year 41 visionary Tucson businessmen and professionals pledged to inspire local youngsters to achieve their own greatness through participation in sports.  The as-yet-to-be-named civic group was patterned after the successful Phoenix Thunderbirds, which sponsored the Phoenix Open golf tournament. Tucson’s counterpart tournament was in financial trouble, so “saving the Tucson Open was part of the discussion from the very beginning,” said Fred Boice, one of the group’s Charter members and later, its first Tucson Open tournament chairman. Corralled by developer, philanthropist, and sports enthusiast Roy Drachman, the men hammered out the details in a series of informal meetings.

The Tucson Conquistadores’ first official meeting was in October, 1962, at the El Conquistador Hotel on Broadway. Drachman was elected president and members also planned their first fundraiser, a Sports Award Banquet slated for the week of the Tucson Open.

After struggling for 11 years to make a financial success of the Tucson Open, the Tucson Golf Association turned over control of the tournament to the Conquistadores in 1965. Conquistadores hustled to sell ticket packages and prepare Tucson National for the big event. Everyone was expected to contribute.

The Conquistadores’ first Tucson Open was immediately hailed as a boon to the city. “The tournament was so well run that the group can look ahead on their sponsorship of the Tucson Open as a permanent thing of great benefit to the community,” wrote Arizona Daily Star columnist Abe Chanin in 1966.  The Conquistadores have ensured professional golf continues to thrive in Tucson to this day.

Over the course of 55 years the Conquistadores have hosted 32 Sports Award Banquets, five professional tennis tournaments, five LPGA golf tournaments and 51 PGA tour golf events. Proceeds have netted over $33 million for youth athletic and charity programs.  These organizations include Boys and Girls Clubs, Special Olympics, The Salvation Army, and First Tee of Tucson, which teaches kids life skills through golf.

Membership of the Conquistadores is comprised of 57 “Active Members” who are largely responsible for the sales and operation of the Golf Tournament every year. In addition, they have close to 156 Life and Senior members who still participate, though not obligated.

About the Tucson Rodeo Parade and Committee

Posted in Past Grand Marshals, The Latest