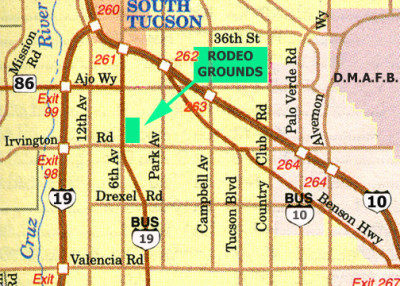 The Parade begins at 9 am. Parade route begins on Ajo Highway 1/2 mile west of Park Ave. going east  to Park Avenue, then south on Park to Irvington Rd., west on Irvington to Sixth Avenue and north on Sixth to the North end of the Tucson Rodeo Grounds. The judges and reviewing stands are located on Park Avenue in front of the Ward V City Council office. Grandstand seating is on Irvington Road. Seating in this area requires ticketing which can be purchased at Ticket Booths near the Grandstands or in advance at The Rodeo Parade Office. 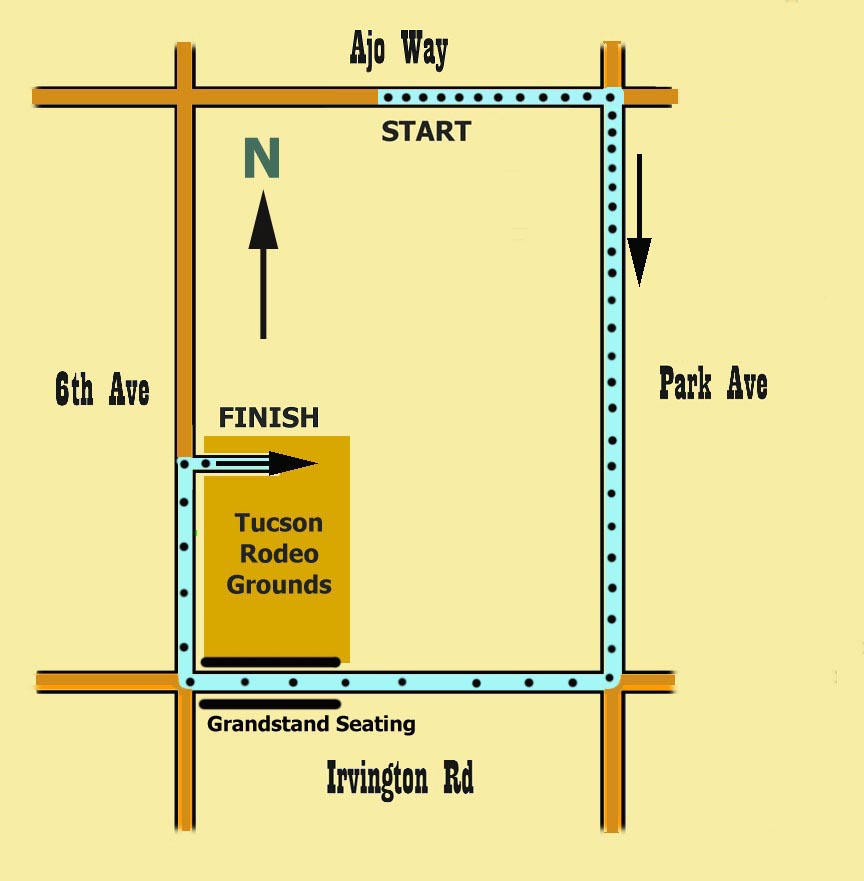