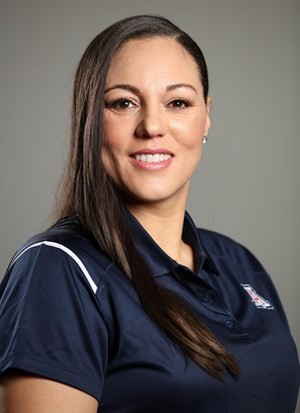 In six short years since her return to Tucson, Adia Barnes has captivated the local community.  As head coach of the University of Arizona Women’s Basketball program, she has instilled a passion in her team and the local fan base.  The Arizona alum has won more games in her short tenure than any other Arizona coach in the same time frame, winning the 2019 Women’s National Invitational Tournament championship and bringing her team within one basket of winning the national championship in 2021.

Her achievements on the court include a record-braking time at Arizona where she was named PAC-10 Conference Freshman of the Year in 1995.  She led the Wildcats to their first WNIT championship in 1996 and first NCAA tournament appearances in school history.  She was a first team All-American and PAC-10 Player of the Year her senior season.  She left Arizona with 22 individual records including scoring, which she still holds.

Adia played professionally for seven seasons in the Women’s NBA and overseas for an additional six years. She helped the Seattle Storm to the WNBA championship in 2004.  She started her coaching career in 2011 at the University of Washington and returned to her alma mater as head coach in 2016.

In addition to her playing and coaching career, Barnes has been extremely active in the community through the Adia Barnes Foundation, which mentors under-served youth and conducts charitable events and community service projects such as school supply drives. Her influence in the community was shown recently when she appealed to her fan base to contribute tissues to hospitalized local children.  On short notice, over 5,500 boxes were collected and delivered.